Going with the Flo

Singing, dancing, memorizing lines, auditions, recitals… these were the activities that consumed my days growing up. I was constantly performing, actually feeling out of place during the breaks between productions. From the age of five my place was on the stage and I couldn’t be more grateful for where it has taken me today. My career began with a local community group called “99th Street Summer Theatre” hosted through Mother McAuley High School. Each summer I looked forward to camp where I took classes in improvisation, straight acting, puppeteering, design and every dance under the sun. I was only a kid, but was learning from professionals who wanted nothing more than to spread their knowledge of their craft.

If you think about it, I was basically a seasoned professional by high school (I mean ten years on the stage counts, right?) My first major role was actually my first one. I’d like to think I lit up the stage as Mary in “Mary had a Little Lamb.” I don’t recall any lines, but I led that lamb around like nobody’s business. My favorite roles were Nicely Nicely Johnson in”Guys and Dolls” and the Scarecrow in “The Wizard of Oz.” Nicely Nicely made the top two because it is a role typically played by males, but with theater, everything is not a cookie cutter version of what’s been done before. It’s all about the way in which the story is presented. Liberties can be taken, creativity expressed to its fullest and roles for guys can be converted into ones for girls. So many messages can be drawn from “The Wizard of Oz” (making it my personal favorite), but one in particular holds true. At the end of this play, as Dorothy says her goodbyes, she tells the Scarecrow she will miss him “most of all.” I try to be this friend for the people in my life. I want to be someone they can count on from beginning to end and one they know will always stand beside them.

Some of the best things in my life have come from my days in McAuley theater. I met my best friends, I found my first love, I gained confidence that has stayed with me until today and I excelled in a community because it truly embraced each and every member. I believe theater is an activity in which all children should enroll, even if only for one production. Participants learn about collaboration and teamwork, the importance of self-expression and in the process they may even find a voice they never knew they had.

And if it’s not theater, then what is it? What activity did you embrace growing up? What did you look forward to? What brought you some of the “best things in life?” 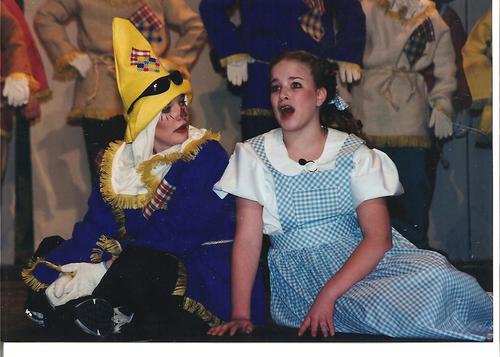 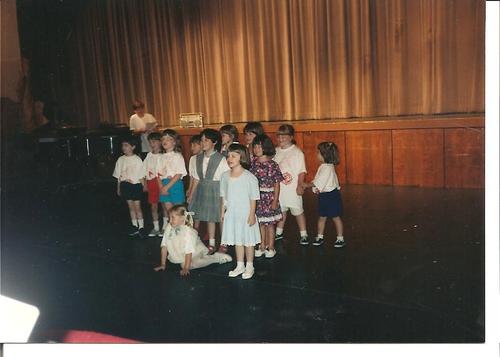 4 thoughts on “Theater turned me into the person I am today, what did that for you?”