Going with the Flo 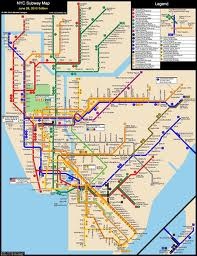 Well friends, it was bound to happen. Roughly four minutes in and I knew something was up. Four minutes later and the news was confirmed. I was quasi-lost on the subway. I give myself the benefit of the doubt at this point because I had no idea how deep I would get myself.

An estimated 16 minute ride turned into a two hour (not-so-scenic view) of the New York subway system. I did get some fresh air in Greenwich Village as I searched for my first slice of New York pizza. I stumbled upon Joe’s Pizza. Turns out this place is an institution in Greenwich Village with celebrity photos adorning the wall. If this slice was good enough for John Stamos, it was certainly good enough for me. Important Question: Forget convenience, do you think NY-ers fold their pizza because they simply want it to be Chicago deep dish? Mull that one over. But back to the subway… even once I realized I was lost I didn’t panic. I accepted the situation as a right of passage. I kept checking the map thinking I was getting back in the right direction. I did what any smart Chicago girl would do – I pretended I knew what I was doing. Because when you look confused / out of place in Chicago that’s when someone’s going to start chatting with you. Last night was a great example of technology being helpful, but being a waste until common sense kicks in. Sure the super savvy iPhone will tell you the correct train is arriving, but it takes the genius holding the phone to realize she needs to start all over and reverse directions. Downtown (woo!) vs. uptown (waa waa) = a BIG difference. Note taken and onto the next adventure!